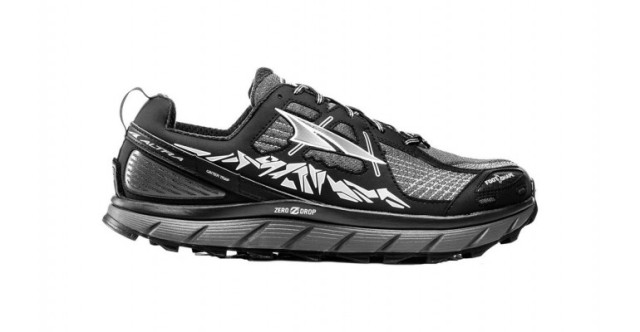 To understand Altra running shoes, review recent history (and brushing up on geography wouldn’t hurt, either). In the 2000s, someone observed that the human body had evolved to run. The earth was flat, not permanently sloping 10 mm between our heels and toes; to run naturally, shoes should be flat, light, and minimally cushioned. After a wave of injuries resulted, Altra appeared on the scene in 2009 with a new theory: the world was still flat, but the human foot did not evolve to run on asphalt and concrete. Cushioning was good. With no need to raise the heel, there was plenty of space for generous forefoot cushioning, and runners who land on their forefoot rejoiced. Altra adopted the radical view that shoes should be shaped like feet, with lots of room in the toebox, and runners with wide feet rejoiced. Ever since, Altra has been winning customers and design awards. Based on a survey of 11,000 runners, here are the best Altra running shoes. 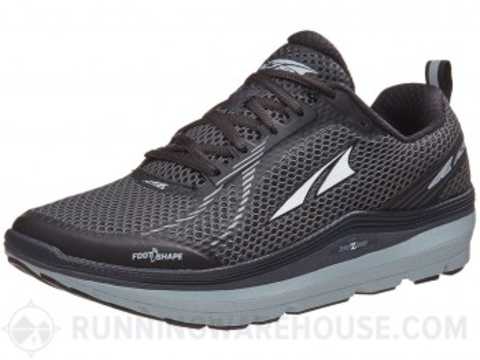 If you’re already an Altra fan, the Paradigm has everything you would expect in a daily trainer: zero drop from heel to toe and a toebox that follows the foot’s natural contours. What the Paradigm adds is cushioning. As the most cushioned Altra trainer, it boasts an exceptionally soft forefoot. Extra cushioning is often a consideration for runners dealing with foot injuries, which makes the Paradigm the best Altra shoes for plantar fasciitis. 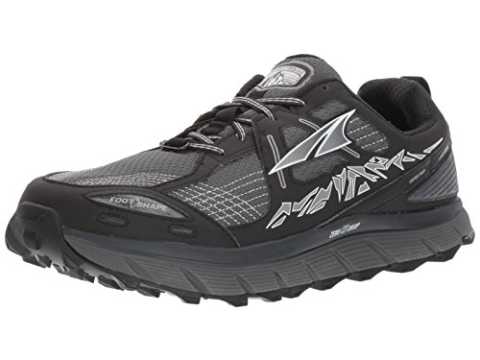 People driving from Salt Lake City up through Little Cottonwood Canyon to ski at Snowbird might daydream about climbing the canyon’s granite buttresses, but the climbers up on the canyon’s walls daydream about the legendary routes at Lone Peak. To deliver a running shoe worthy of the Lone Peak name, Altra has developed a moderately cushioned trail shoe that has become famous for its versatility. It’s ready for any distance and any terrain, from the road to the trail to...whatever you call it when the last time you saw a trail was 3 miles back. 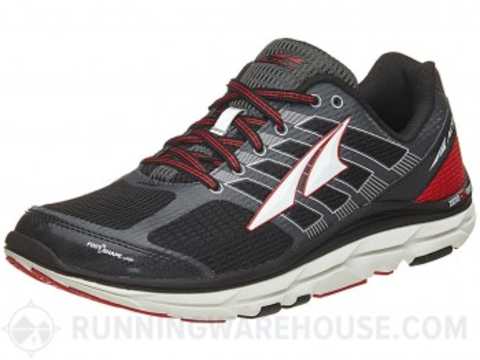 If you’re intrigued by zero-drop shoes with a spacious toebox but typically run in support shoes, the Provision might be the model for you. Altra eschews traditional approaches to stability. Their goal is dynamic support, giving your foot added stability only when and where it’s needed. As support can be a factor for runners with knee issues, the addition of stability features make the Provision a likely candidate for the best Altra shoes for knee pain. 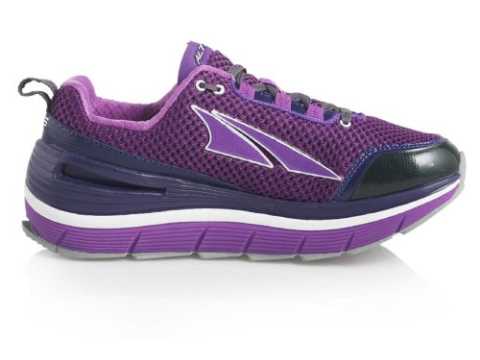 “Cool, Autumn Loop Through the Pines, Golden Aspen and Red Maples” sounds like the tag line for a fun local 5K. In Logan, it’s how the Bear 100 advertises itself, a 100-mile trail ultramarathon with over 22,000 feet of vertical climb (carrying survival equipment is recommended). Runners contemplating the Bear 100 would do well to consider the Olympus, a trail shoe with extra cushion for going the ultramarathon distance. 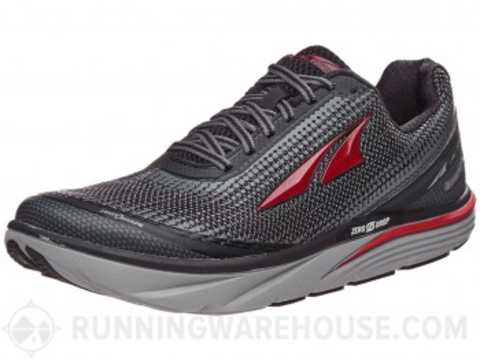 Are you sure the Torin isn’t an uptempo performance shoe? Everybody calls the Torin a highly cushioned daily trainer. But it’s only a tenth of an ounce heavier than the performance-minded Impulse. Isn’t that too light for a daily trainer? You can keep calling the Torin a lightweight daily trainer all you want. I think these shoes have a few good tempo runs in them, and maybe a road interval workout or two. 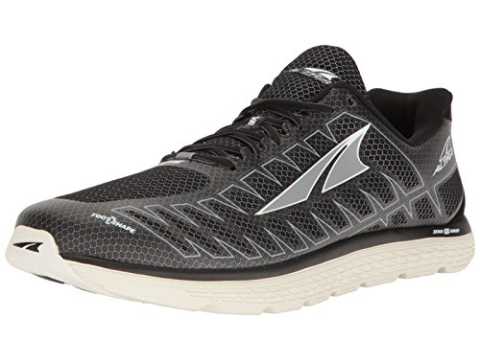 There’s no disagreement about the Altra One: this shoe is fast. Shaved down to just 7.9 ounces in a men’s size 9, the One is light and flexible with a natural feel. Its sole is firmer than Altra’s other uptempo shoes for a snappier feel at toe-off. It can go the distance in a workout, but the One is really meant to be a no-compromise shoe for race day. 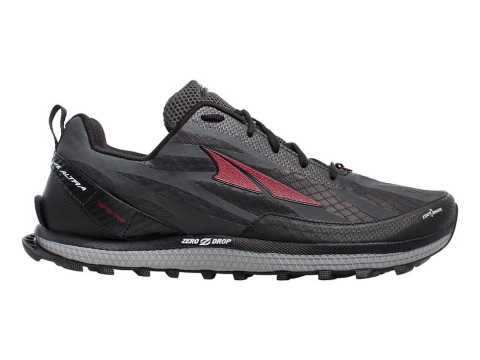 With just a few miles from the nearest trailhead to the headquarters of Altra, running reviews will always feature several trail models. The Superior stands out for its versatility as a trail shoe. Cushioning has been kept to moderate levels to reduce weight, so the Superior is ready for everything from dirt roads to technical rock-hopping where a high degree of traction is required. 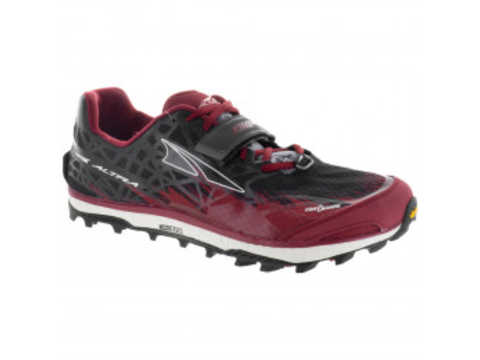 Imagine Ralph Nader reviews Altra: “Running shoe is unsafe at any speed!” With minimal cushioning and 6 mm lugs for traction on any surface, the King MT is built for fast, technical, aggressive mountain running, from uphill scrambles to semi-controlled reckless descents. Ralph Nader would not approve of this shoe. Fanatical mountain runners might have different views. 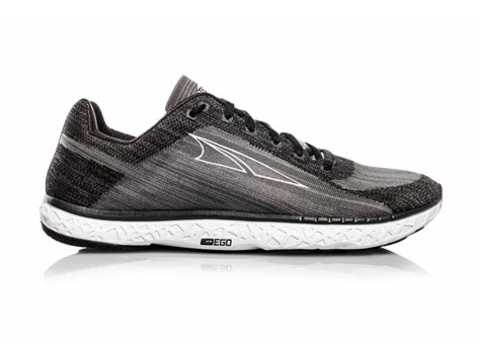 The Escalante is Altra’s top uptempo shoe and even comes in a tenth of an ounce lighter than the One. Introduced in 2017, runners have raved about its perfect balance of cushioning and responsiveness, with a sole that offers as much energy return as any of the models from major shoe manufacturers. Unsurprisingly, the Escalante ran away with a Runner’s World editor’s choice award. 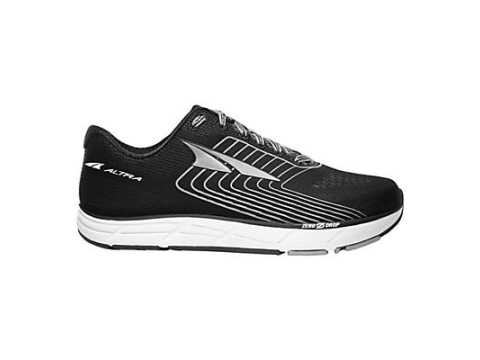 Based on runners’ votes, the best Altra running shoe isn’t a mountain shoe or a racing flat. The Intuition/Instinct has won praise for being ready to run anytime, anywhere, on any surface. The Intuition (women)/Instinct (men) doesn’t add extra cushion, stability, or trail-running features. It’s just a moderately cushioned, zero drop, neutral trainer with a wide toe box. In other words, Altra being Altra. To judge by the voting, that’s precisely what runners are looking for.