Where do new running shoes come from? No, it’s not when a support shoe and a neutral shoe love each other very much and go off to find a size 12 EE shoebox. Usually an established model that meets an existing and well-understood need will get incremental improvements or be retrofitted with new technology. That’s how the best Asics running shoes just get better each year. This process goes on for years, which is how the Asics GT 2000 has already celebrated its 25th anniversary, like other venerable Asics models that have gotten things right for years or even decades. But sometimes a shoe engineer gets a gleam in his eye and starts imagining what would be possible by throwing an old concept (or price restrictions) out the window and trying a new approach. New technologies appear in niche models and then spread to other lines. Sometimes an experimental model turns into a hit that everyone wants to have. And that’s how the birds and bees work, at least in the world of running shoes. Over the last half-dozen years, Asics has introduced several experimental shoes alongside its tried and true models, and some of those experiments have now been able to establish themselves at the core of Asics’s running shoe business. Keep reading for the new and old Asics models that runners have picked as the top Asics running shoes. 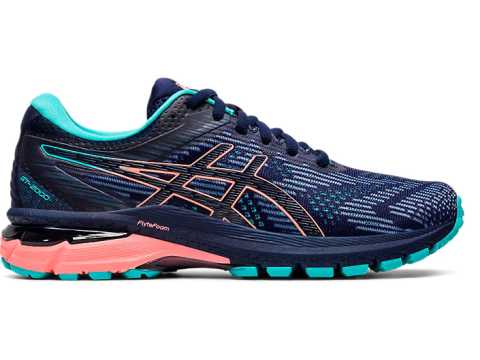 If you’re like us, the GT-2000 was one of your first running shoes. Just like you can count on the GT 2000 to last through the miles of a long run, you can count on the best Asics shoes to live on for decades. The GT 2000 was first introduced in 1993, and its all-round support, cushion, and comfort has been a best seller ever since. Asics incremented the number to the 2010 and eventually all the way to 2170 before reverting back to 2000, but it’s been the go-do support daily trainer for millions of runners the whole time. If you are a runner with moderate arches that is looking for a balance of support and cushioning, no one is going to question your choice when you go with the GT-2000. 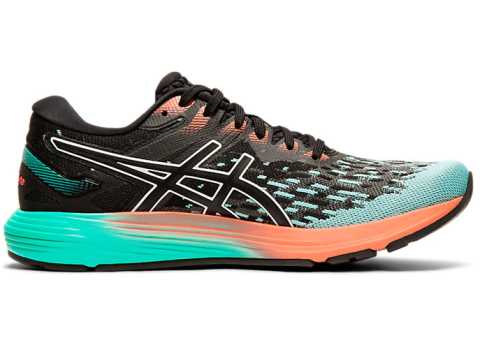 Compared to the GT 2000, the Dynaflyte 4 is still a baby. As the name suggests, the Dynaflyte has a FlyteFoam sole, which is designed to put some extra spring in your stride. In fact, the Dynaflyte was the first model to incorporate Asics’s new midsole foam, and it’s a perfect approach to cushioning for shoe that needs to be light, responsive, and fast for uptempo training. While runners on the stability side have the legendary DS Trainer from Asics, those of us on the neutral side have the recently introduced Dynaflyte, and it’s turning out to be one of the best Asics for running fast. 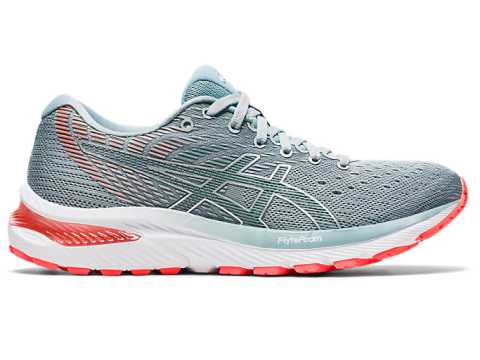 If you’re wondering which Asics are the best for neutral runners, Asics wants you to think of clouds. For years, Asics has named their neutral shoes after clouds to give runners that need extra cushioning the association with soft clouds for years. Thick, billowing clouds that cushion every step and protect your feet from impact forces. The Cumulus 22 may be the junior sibling of the Nimbus, but it offers plush comfort and a consistent feel, and stands out for its especially soft forefoot. When it comes to cushioned comfort for neutral runners, the top Asics shoes are somewhere in the stratosphere. 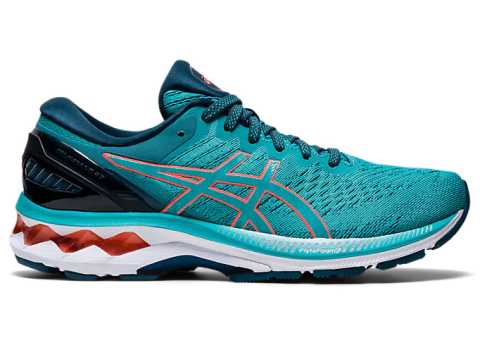 If you love running in GT 2000s, but you think the best Asics shoe would offer even more cushioning in a support shoe, then the Kayano 27 is your answer. Like the GT-2000 series, the Kayano has been keeping Asics runners happy and healthy for more than 25 years. In Asics’s stability line, it’s the premium model when it comes to luxurious comfort. Extra cushioning and stability are often what flat-footed runners need, so the Kayano 27 is a great place to look if you need the best Asics for flat feet. 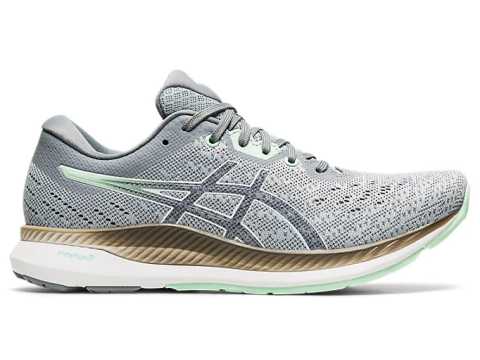 Asics sticks to the running shoes that runners come back for year after year, but that doesn’t mean that they’re afraid of a little innovation. The Evoride is a perfect example of that. With its curved toe spring, it’s clear that the Evoride is a different type of shoe from the first glance. The result is a unique feel that balances the FlyteFoam technology that Asics is known for with a more responsive midfoot that gives runners more energy back with each step. 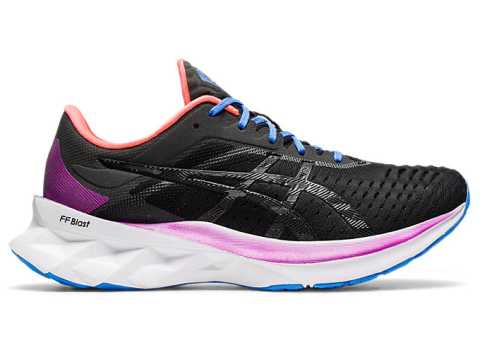 Asics knows that runners like its FlyteFoam technology, so they built a shoe that maximizes that extra bounce throughout the midsole and heel. The result gives neutral runners a responsive shoe with an elevated heel that can stand up to long distances. Nike changed the marathon racing shoe game with its 4% shoes, and it’s easy to see the impact Nike’s designs have on the Novablast. Runners that are looking for a responsive modern shoe, but don’t want to pay the premium price for Nike’s new marathon shoes should check out the Novablast. 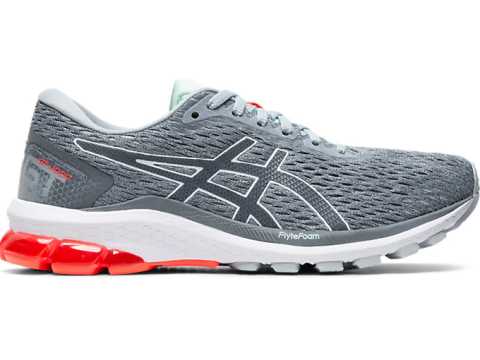 Many runners find budget shoes perfect for their needs, but many shoe companies would prefer for them to spend the extra 50 to 100 dollars for a standard or premium model, so these companies give their budget models odd names or dull designs and distribute them through discounters instead of running stores. Not Asics. They’re standing by the GT 1000, an amazingly inexpensive support trainer you can buy from major running stores. Even as a budget model, the GT 1000 provides plenty of cushion, a notably soft heel, and stability on the same level as the best Asics sneakers. In recent years, Asics has brought the GT-1000 closer to parity with the GT-2000, which makes it an even better bargain. I started off running in GT 1000s, and when it was time for new shoes, the next seven pairs were all from Asics. The GT 1000s proved that Asics cared about craftsmanship, even in its budget models. 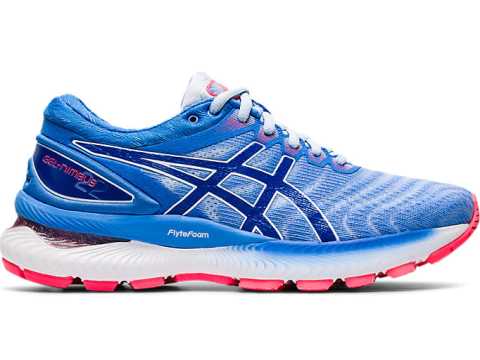 Are clouds solids, liquids, or gases? Asics would like you to think of something that’s in between all three states of matter. Like a gel. The best Asics Gel trainer for neutral runners may be the Nimbus 22, the premium model that has been winning over runners with its generous padding and supreme comfort for two decades. With its soft heel, the Nimbus may also be the best Asics for plantar fasciitis. Asics has upped their style game with the Nimbus this year--they’re now offering a “Lite” version of the Nimbus that will help you stand out from the crowd. 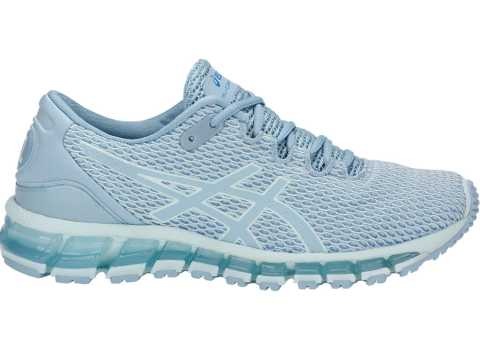 Gel is going on its fourth decade as Asics’s signature cushioning technology. The Quantum 360 answers the question, “What would happen if you put Gel everywhere?” The result is not lightweight or inexpensive, but it is highly cushioned, comfortable, durable, and flexible. And it seems to be catching on with runners, too—it even tops the list of best Asics women’s running shoes. The Quantum 360 is well on its way from the experimental labs at Asics to the production and marketing divisions. 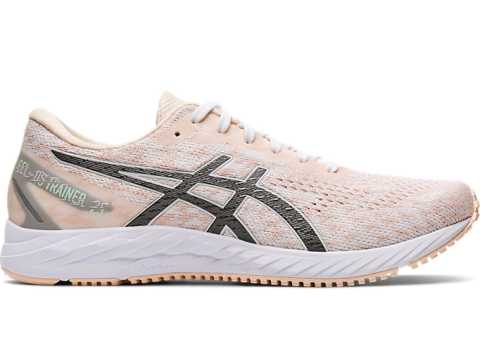 The top spot on the list of top rated Asics running shoes goes to the DS Trainer 25. The model number reflects a long history of updates but not stagnation, as the DS Trainer’s recent FlyteFoam makeover puts it at the forefront of Asics sole technology. With its FlyteFoam sole, this uptempo performance shoe is also the lightest model on the list. If you’re looking for moderate support in a shoe that’s fast, light, and responsive, the DS Trainer will get you through your workout.