This blog compares the Asics GT-1000 vs the Asics GT-2000 for long distance runners. Asics knows runners, which is why for many runners, the Asics GT-2000 series was one of their first running shoes. The GT-2000 has changed names a bit over the years, so you may know it as the 2120 or 2130, but they still provide the same combination of stability and cushioning. Runners with low to moderate arches (like most of us have) have sworn by the GT-2000 series for decades because of its balance between support, Gel cushioning, and responsiveness. But Asics has upgraded the lesser known GT-1000 over the past couple years to bring the GT-2000’s cousin up to speed, which gives runners a chance to save some money while still getting the support and cushioning they need. To help you make a decision, here is ShoeKicker’s guide to the Asics GT-1000 and Asics GT-2000! 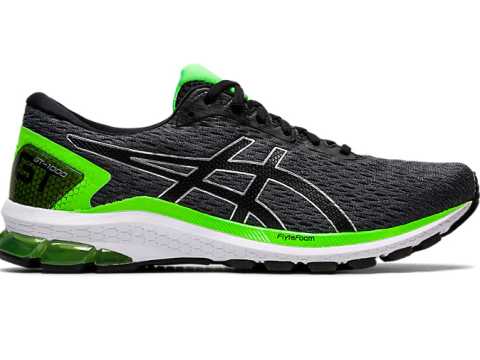 Pros The Asics GT-1000 has flown under the radar for years because of the wide shadow that the GT-2000 casts. The GT-2000 is a default shoe for many running stores, so you may not see the GT-1000 unless you specifically ask for it. For years, that was largely due to the fact that the GT-1000 lagged significantly behind the GT-2000 in its comfort and stability, which made it a tougher sell for runners even with its lower price. But Asics has invested more in the GT-1000 over the past couple years to bring it closer to the quality and comfort that runners expect from the GT-2000, which makes it a great option for many runners that want to save a few dollars. The GT-1000 now has the same Gel cushioning in the heel and forefoot for cushioning, and the same DuoMax medial support structure for stability.

Cons Runners can be a finnicky bunch, and often for good reason. A misplaced stitch or seam can be the difference between miles of effortless strides and a painful blister or hot spot that cuts a run short before it even starts. For runners that have trusted the Asics GT-2000 for years, that can make it difficult to justify switching to the GT-1000 even if Asics has brought the shoes closer to parity. Additionally, the GT-2000 is a bit lighter and more responsive because Asics gives it an upgraded next-generation FluidRide system, as opposed to the SpEVA midsole that the GT-1000 has. 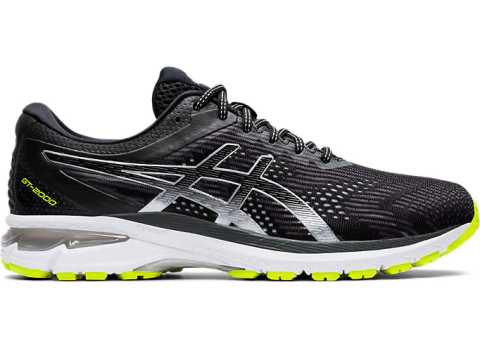 Pros The Asics GT-2000 is a shoe that is near and dear to many runner’s hearts. Whether it was their first running shoe in high school, or the first shoe with the combination of cushioning and stability that they needed, the GT-2000 is a nostalgic shoe for many runners. That is because the Asics GT-2000 is a great choice for a wide range of runners because it offers a great combination of cushioning and support without weighing runners down. This makes it a perfect fit for runners with moderate arches to low arches (like most people have) that overpronate slightly. The GT-2000 uses Asics’ DuoMax technology to provide extra support on the medial side of the shoe to guide your foot forward to prevent you from overpronating. And unlike some shoes that provide support, the GT-2000 still has a responsive feel because it uses Asics’ FlyteFoam technology in the midsole to give you the bounce back that you’ll need on your faster runs. That balance of cushioning and support makes the GT-2000 a versatile running shoe that will give you a smooth ride on the roads.

Cons The Asics GT-2000 is a great fit for a wide range of runners, but if you are looking for a heavy-duty shoe with a lot of support and cushioning, you may want to look towards the Asics Kayano. Runners that have lower arches and runners that have heavier footstrikes may want some additional support and Gel under their feet, and the Asics-GT 2000 may not be enough shoe. Additionally, if you’re looking for a minimal running shoe for your speed training days or if you have high arches and want a shoe that is more focused on cushioning, you might want to look at one of Asics performance training shoes to give you a lower profile shoe that will be more responsive.

Conclusion Deciding between the Asics GT-1000 and Asics GT-2000 has never been more difficult. In prior years, the quality of the Asics GT-2000 made it a clear choice if you were willing to spend another $30-$40 because the difference in the shoes was worthwhile. As Asics has enhanced the GT-1000, that choice has become less clear. If you’re a new runner, or a runner that is looking for a moderate cushioning and stability shoe to complement other shoes in your rotation, the quality and price of the GT-1000 makes it a great choice. But if you’re a longtime GT-2000 runner that is particular about the feel of your shoe and you’re willing to spend a few extra dollars to keep it, the GT-2000 is always a great option. Either way, you can find the best price for the Asics GT-1000 and the Asics GT-2000 here on ShoeKicker!