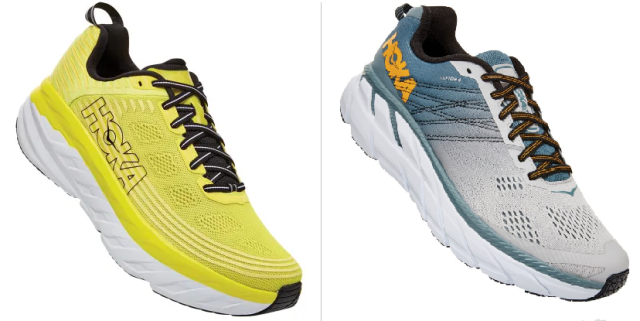 If you’re here, you probably enjoy a healthy dose of cushioning in your running shoes, and looking to compare the Hoke One Bondi vs Hoka One Clifton.

Hoka One One shocked the running world when they launched their line of highly cushioning running shoes. And many runners have sworn by the extreme cushioning that they provide ever since. If you’re a long-time Hoka One One runner, you already know that the maximum cushioning can feel a bit strange at first, but it can be a lifesaver for runners that are looking for marshmallow-soft cushioning to protect their feet from the roads. If you’re new to Hoka One One running shoes, you’ll likely be happily surprised at how the shoes are able to provide an incredible level of cushioning that still allows you to keep up your usual pace. With all of that cushioning, it can be tough to decide between great options like the Bondi and the Clifton. Here are some pros and cons to each to help you make your decision.

Hoka One One Bondi 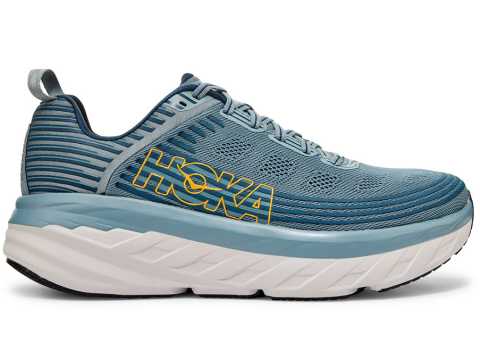 Pros The Hoka One One Bondi is a heavy-duty cushioning shoe that gives runners a pillowy soft feel as they rack up the miles. You’ll immediately notice that additional cushioning that the Bondi gives you under your heel, and it may take a few strides to get used to the feeling. But once you’re up and running, the marshmallow-soft cushioning is great for runners that are putting in long miles on the roads. New models of the Bondi have a re-redesigned upper that will fit well on your heel and immediately give you the sense that you’re wearing a premium running shoe. Cons Runners that are looking for a lighter weight shoe that they can use for their faster training days might want to look elsewhere. The Hoka One One Bondi has maximized for cushioning, which makes it a bit less flexible and less responsive than a shoe that you’ll want for your workout days. The Bondi also has a significant heel-to-toe drop at 33mm and weighs 1.9 ounces more than the Clifton, so it will feel a bit clunkier for most runners. The Hoka One One Bondi also looks like a premium running shoe, and it carries a premium price, but luckily Shoekicker has the best price on the internet for you here! 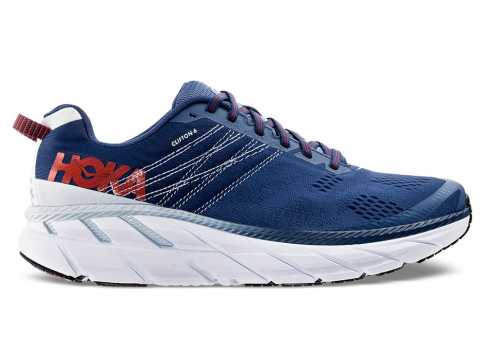 Pros Hoka One One broke onto the scene with the Clifton and it shocked the running world with the massive cushioning built into the shoe. One of the massive innovations in this shoe was that instead of having a steep heel-to-toe drop like other maximum cushioning shoes on the market, the Hoka One One Clifton provided cushioning throughout the shoe, giving it a minimal drop. Hoka One One has continued to innovate on the Clifton in the years since, giving it a smoother ride and a more breathable upper to keep runners comfortable on the roads for miles. Runners that prefer a shoe with a low heel-to-toe drop will appreciate the fact that the Clifton still only has a 5mm drop. They’ve also managed to keep the shoe incredibly light considering how much cushioning it has, with a men’s size 9 weighing in at just 9 ounces. The Clifton is primarily a cushioning shoe, but its wide base gives it a good amount of stability, which runners with moderate to high arches will appreciate. Cons Runners with low to moderate arches typically need a shoe with a bit more stability, so they might want to steer clear of the Clifton because it does not provide a ton of medial support to prevent them from overpronating. The Clifton also gives runners a ton of cushioning in their forefoot, which means that the shoe has a low heel-to-toe drop. Runners that prefer a shoe with a bigger drop will be more interested in the Bondi because it has a much more substantial drop. Additionally, runners that are looking for more rugged shoe that they can take of the roads will want to check out Hoka One One’s trail running section to find a shoe that can handle all types of terrain.

Conclusion If you’re a runner that is looking to maximize the cushioning as you take on the roads, you can’t go wrong with either of these Hoka One One running shoes. When making your decision, you should think about the type of running that you’re planning to do. If you’d like a shoe with a low heel-to-toe drop that’s a bit lighter and more responsive, the Hoka One One Clifton is a great option for you. If you’re looking for a premium max cushioning shoe for your long training days, the Hoka One One Bondi maximizes cushioning and has a high-quality upper that will keep your feet comfortable for miles and miles. Either way, check out Shoekicker’s pricing tool here to find the best deal!