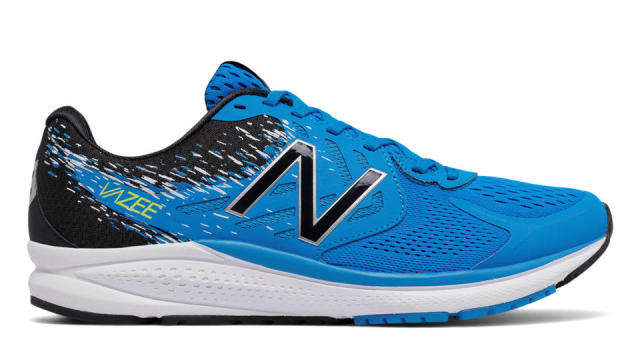 Many runners see lightweight trainers as the best way to mimic the feel of racing. Whether for a fast workout or for a long run, lightweight shoes can be a great alternative to traditional daily trainers. Personally, I like to rotate between cushioned running shoes on my average run and lightweight running shoes for anything fast; that lengthens the lifespan of both shoes and works different muscles. 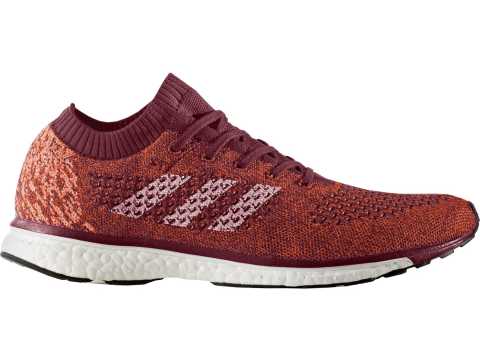 Ignore your momentary shock at the $200 price for a second. The Prime Boost is durable, responsive, and feels fast. Much of the success of the shoe stems from Adidas' signature Boost technology, which is made from foam pellets called “energy capsules” and keeps the shoe springy. For its flagship lightweight shoe, Adidas also included its lightweight and breathable Primeknit upper, Adidas' version of Nike's Flyknit technology. If you can stomach the price, it's a great buy. 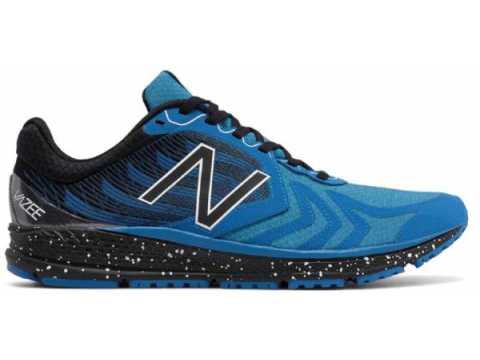 A relative newcomer from New Balance (it replaces the 890), this shoe is light, secure, and feels fast. And unlike its other Vazee cousins like the Vazee Rush and Vazee Coast—both priced at $75—the Pace feels (and is priced) like a premium shoe. The Vazee Pace has a nicely cushioned insole and roomy toe box. A few more strides in, and you'll realize it's a surprisingly firm shoe that feels very fast. The biggest downside of the shoe? The upper isn't great and, when not laced properly, it can feel constricting. 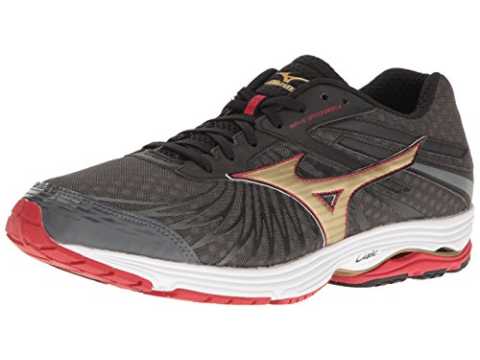 Fitting neatly between the Wave Rider daily trainer and the Wave Hitogami racing shoe, Mizuno’s Wave Sayonara is a lightweight shoe that works. The shoe is well-cushioned (especially on the upper), but feels firm, which gives it a springy feel. Unlike other lightweight neutral trainers, it feels like it has some stability to it. Yet the best part about the shoe is that it’ll last: thanks to Mizuno’s Wave plate, this shoe can last about 50 miles more than any other shoe that we name on the list. 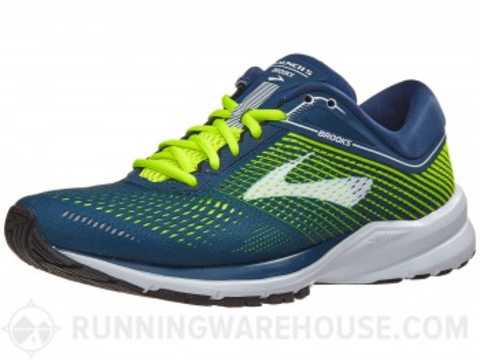 When Brooks cancelled the launch in 2012, there was an uproar. Two years later, they brought it back new, improved, and better than ever. Now in its third incarnation since its 2014 revival, the Launch has many of Brooks’ best shoe features: the BioMoGo DNA midsole for adaptive cushioning, a great upper, and a caterpillar crash pad that allows for a smooth heel-to-toe transition. And at $100, it’s a great value compared to many other Brooks offerings. The only problem: the weight. It’s the heaviest neutral shoe on the list. 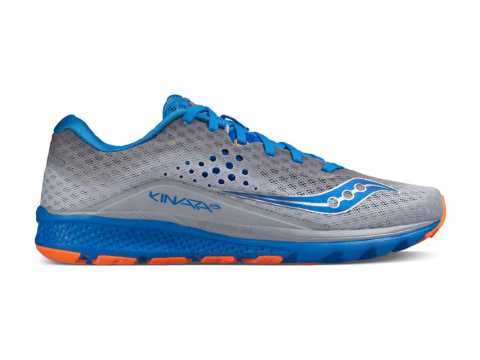 We love the Kinvara 8. We named the Saucony shoe our second favorite men’s and women’s neutral shoe—beating out hundreds of daily trainers. Not only is this the lightest shoe on the list, but it’s fast, comfortable, and durable for a lightweight trainer. The Kinvara utilizes the best of Saucony’s technology: the PowerGrid (evenly distributes impact pressure), FlexFilm (which allows for mobility), and Pro-Lock (lacing system). But the best thing about the shoe is its sheer comfort. Rarely does a fast shoe feel so pleasant to wear. Whether on the roads, the trails, or anywhere else, the Kinvara is a wonderful lightweight neutral trainer. 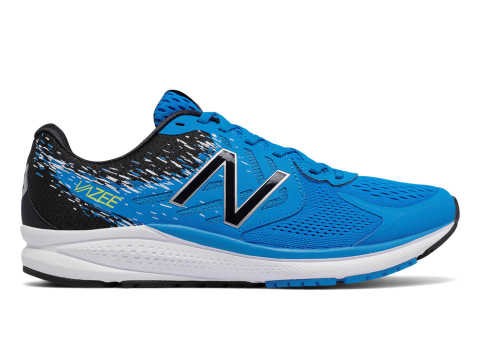 The v1 was new to 2016, and the Vazee Prism v2 is much like the Vazee Pace—but for stability runners. Like the Pace, the Prism is cushioned, has a roomy toe box and, thanks to New Balance’s signature REVlite midsole, the shoe has a snappy feel. Unlike the Pace, it has a medial post that helps prevent most over pronation. The shoe is a great buy for someone looking for a solid, if unspectacular, lightweight trainer. 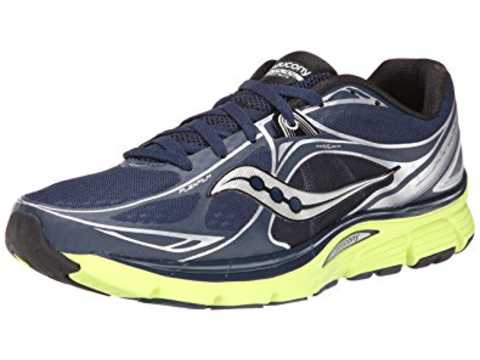 Like its neutral sibling the Kinvara, the Saucony Mirage feels more racing shoe than lightweight trainer: it’s super springy out of the gate. Much of that is due to its shoe’s 4mm heel-to-toe drop, its POWRGRID technology, and the midsole’s sheer responsiveness. And yet, because of its heavier weight and because of the shoe’s supportive arch, the Mirage just doesn’t feel quite as fast as the Kinvara. A very good shoe, but not a great shoe. Today, it's hard to find because Saucony has cancelled future models. 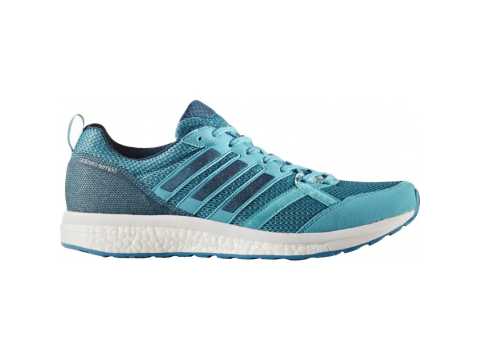 The Tempo is a fast feeling, lightweight stability trainer. The shoe has an ultra-responsive midsole that’s coupled with firmness across the heel. The result? A springy, bouncy run that feels stable. Pronation support is provided through an EVA stableframe. This is comfortable for the moderate pronator, but severe over pronators should steer clear. At only 9.0, this is a great shoe for the runner looking to wear something that feels fast. 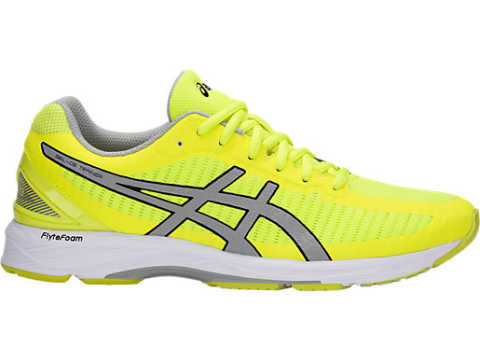 For more than twenty years, Asics has been making its flagship stability trainer. Now on version 21, the Asics DS Trainer is better than ever. The shoe has Asics’ rearfoot and forefoot gel cushioning system for the heavy heel striker. Asics’ dynamic duomax system provides the stability in the shoe (just like it does with the popular 2000 and Kayano). 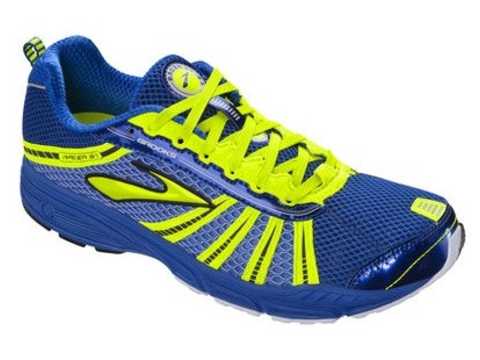 No other lightweight stability shoes have the bounce of the Racer ST, which lets your feet to feel handle miles and miles of pounding. Made of Brooks' BioMoGo midsole, the Racer ST feels springy and responsive. It has a soft upper (although the shoe laces frequently come undone) and a durable outsole. Whether racing or just using it for workouts, the Race ST is an unbelievable shoe. And at only $90, it's also the cheapest shoe—for neutral or stability runners—on the list.